Edgar spent his early years in the former Soviet Union before his family moved to Canada with refugee status because his father wanted a better life for their family.  After this, Edgar and his family immigrated to the United States.

Edgar has known the value of hard work from a very young age, and it has helped him throughout life from his early years, through dental school, until now when he is a successful entrepreneur who has launched and grew many successful businesses.

Edgar’s first career passion was healthcare and dentistry.  He attended dental school at the University of Maryland, and has a DDS.  He knew that he wanted to open up his own practice one day, but while in dental school, he found his other business passion, which is data analytics.  Edgar was able to combine the two and started his first business while he was still in dental school.  This business, TE demographics, uses data to help dentists and doctors choose where they will open a new practice.

After graduating from dental school, Edgar accomplished his dream and opened his own dental practice which focused on dental implants.  He used his love for technology and utilized the latest equipment, which along with his business savvy, allowed him to grow his practice through the years.

Then a tragic car accident sidelined Edgar from practicing dentistry.  He is still recovering physically from this injury and his license is currently inactive.  But Edgar didn’t let this injury get in his way of success.  Currently, he uses his expertise in data analytics, and launched more businesses in the data space, specifically in the investment field, to help investors use data to grow their income.

Edgar Radjabli is a dentist known for his specialization in dental implants. He is following a step-by-step guide to making sure that he is providing his 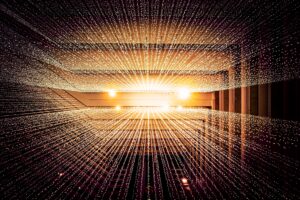 What You Need To Know About Data Analytics

Being a dentist for quite a long time, Edgar Radjabli was able to assist different patients, with different dental needs. His experience made him more capable of

Data Analytics: Why Hiring A Data Analyst Is Recommended

Edgar Radjabli has been providing dental assistance for a good number of years already. His experience and expertise made him popular with patients who need dental

Top Reasons to Enroll in a Data Analytics Course

Data is the commonly used term in recent times after the arrival of the internet. Data analytics is nothing but a process of storing, analyzing,

Why Should you Consider Studying Data Analytics?

You cannot find anyone unaware of the internet in recent times. It has made the concept of data analytics compulsory in almost all fields. You

What Skills are Required for Data Analysts?

Technology is rising without any limits with time. There are several fields available in the technological arena. Data analytics falls under these categories of technological

Find out More about Data Analytics and Entrepreneurship

If you are passionate about data or your business needs help with data analytics to grow, Edgar wants to hear from you.  Feel free to fill out the contact form to connect with Edgar, or follow Edgar on social media to keep up to date.